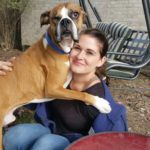 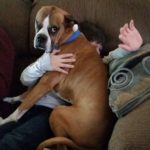 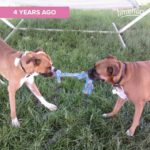 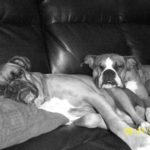 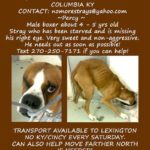 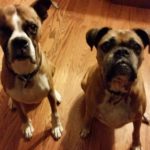 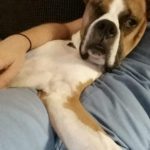 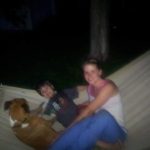 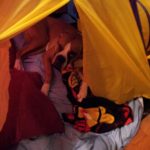 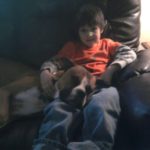 We adopted Percy from Magnificent Mutts back in May of 2011. He has since been a perfect fit for our family. Starting off, he had some anxiety issues around food (he was previoutlying emaciated) but once he realized that he had a good home and regular meals that stopped. He’s such a happy boy! He likes to cuddle and play with everyone, including his older boxer sister. Everyone (people and dogs alike) that he meets is a new friend. He has also developed a very special bond with my 9 year old son who was only 4 when we adopted him. Percy likes to go for car rides, walks, play tug of war, and especially likes to snuggle. He thinks he is a lap dog. At almost 70 lbs, he will still climb on your lap or take a nap in the hammock with you. He’s also a huge goofball and is always making us laugh with his funny personality. He is such a joy to have around and everyone who meets him falls in love.

We are so grateful to Magnificent Mutts for rescuing him, fostering him, and for trusting our family to adopt him! We are still so in love!