In Memory of Brian Michael Thomas “B Tom” 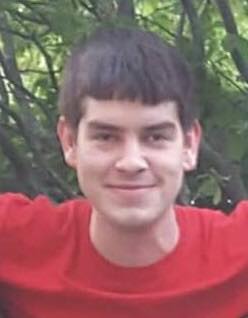 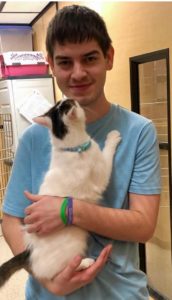 Brian Thomas joined Magnificent Mutts & Meows in September, 2018. He helped take care of our cats at two store locations – the Naperville Petsmart and Naperville Petco. Brian passed away suddenly at home at age 28. For his birthday in November he asked for donations for our rescue because our mission meant a lot to him. His family is now requesting donations to us in lieu of flowers, and $1200 has been raised. Brian was a kind young man who believed in helping others and was a true animal lover. He felt a deep connection with a cat named Jerry and the feeling was clearly mutual. Brian adopted Jerry in mid-November and they immediately had a strong bond. He thought it was possible that Jerry was reincarnated from their family cat, Whiskers, who passed away at 19, right around the time Jerry was born – the two are very much alike. Jerry now waits on Brian’s bed for him to return.